Welcome to the Libertarian Party of Delaware home page. Please follow the links to the right for additional information or scroll down for news and updates. If you want to get more involved, in particular please check out our onboarding page.

Vern Proctor is a member of the Sussex County Libertarian Party of Delaware.  He is currently a town council person in the town of Bethel.  He agreed to be featured in our first "Interview with a Delaware Libertarian" article which will hopefully become a regular feature of our monthly newsletter.  Questions below are written in bold with Vern's answers in italics. 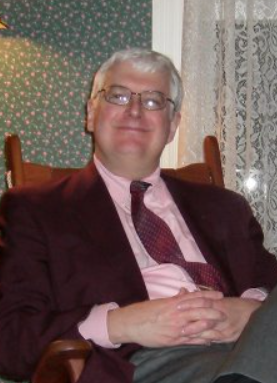 Tell us how you became a member of the Bethel Town Council.
I was first appointed in March 2020 to fill a vacancy on the Bethel Town Council that was created by the resignation of a long-time member. At the organizational meeting, I was elected President Pro Tem (vice president). The Town charter requires that members who fill vacancies must "face the voters" at the next scheduled election. In February 2021, I was one of three people who filed for election to two seats. A fourth individual decided not to run for re-election, and one of the other three then dropped out. Consequently, I was one of two people who automatically achieved election to the Council for a three-year term, without putting the Town to the time and expense of an election.
Tell us how and when you became a member of the Libertarian Party.
I was a registered Republican for 45 years, but I became a Libertarian in 2017. Previously, I was always what you might call a libertarian-leaning conservative. Over time, I became less and less happy with the GOP, which paid lip service to small-government principles when out of power but did nothing to advance those principles when in power. In the 2016 Delaware Republican presidential primary, I had the soul-crushing choice between Ted "Cancun" Cruz and Donald Trump. That choice, combined with the steady decline of the Delaware GOP and my personal attendance at one or two Sussex County Libertarian Party meetings, led me to change parties. I've never looked back.
Tell us a little bit about your personal background.
I practiced business law and litigation in Wilmington for 37 years, retiring from my own firm at the end of 2016. I earned a master's degree in Conflict Analysis and Dispute Resolution from Salisbury University in 2019, and I now have a part-time mediation practice. My wife and I bought our Bethel house as a second home in 2008, and we now live here substantially full time.
Describe an issue you dealt with on the Town Council that you feel advanced the LP Platform.
My major project since joining the Town Council has been serving on a committee leading the ongoing revision of the Town ordinances. Although the Council is nonpartisan, I'm trying nevertheless to make sure that Bethel has a streamlined, modern body of ordinances that will minimize the burden on residents and property owners. Many of the current ordinances are antiquated, superfluous, duplicative of state or county provisions, or of questionable legality. The project is consistent with Libertarian Party platform provisions about limited government.
Is there an issue you dealt with on the Town Council where you felt you had to compromise your Libertarian beliefs to do the "right" thing?
The Town of Bethel, like other communities, has several ordinances dealing with zoning and other land use issues. Historic preservation is a related objective of most Town residents, given Bethel's history as an old shipbuilding town. If I were a fire-breathing Libertarian championing absolute freedom for property owners to develop their land as they see fit, I suppose I'd have to compromise those beliefs to "do the right thing" by my constituents. But I spent my formative years in Houston, Texas, and saw firsthand the degree to which a total lack of zoning regulations can decrease the quality of life. I aim for reasonableness in land use regulation which, as you might expect, is a key function of the Council.
What kind of feedback are you getting from your constituents?
The feedback on my performance so far has been positive, particularly with respect to the ordinance reform project. I believe my constituents view me as a good listener, a direct speaker, and someone who is willing to work hard.
Do you have any particular goals for Libertarian reforms you want to implement during your tenure?
I think my answer [above] sums it up. The chief concerns of a town council, as I understand them, are land use/zoning and the elimination of public nuisances (via animal control, the upkeep of structures, and certain traffic issues). To address those concerns, it pays to have a concise and sensible set of ordinances that promote liberty by reducing the burden of local rules.

Is there anything the Libertarian Party of Delaware and its members can do to help you achieve those goals?
The LPD could best help me achieve these goals by recruiting candidates for local office in other cities and towns that share the same objectives: the best local governments satisfy bedrock community concerns but otherwise leave people alone.

When does your term expire, are you planning to run for reelection, and is there anything the Libertarian Party of Delaware and its members can do to help you in that effort?
Since I was just “re-elected” in the matter described in my response [above], this one is a bit premature. I will serve out my three-year term and make a decision then.
Posted by LP Web Admin at 3/03/2021 11:44:00 AM