Welcome to the Libertarian Party of Delaware home page. Please follow the links to the right for additional information or scroll down for news and updates. If you want to get more involved, in particular please check out our onboarding page. 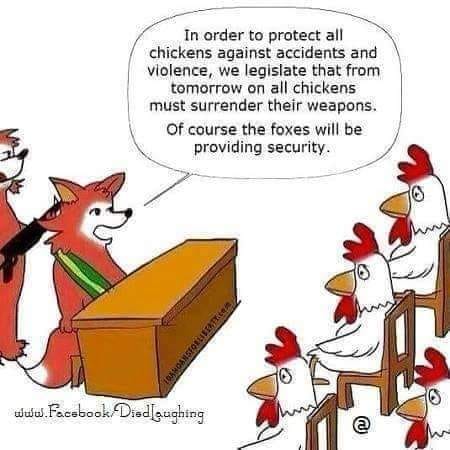 A Google Search of the Delaware Code turns up zero results for the phrase “public health crisis”.  A text search of Title 16 related to Health and Safety and of Title 20, Chapter 31 of which is related to Emergency Management, likewise returns zero results for the phrase “public health crisis”.  Nevertheless, the Delaware Senate’s concurrent resolution SCR 8 declares gun violence in Delaware to be a “public health crisis”.
This resolution is toothless campaign literature proposing no solutions and only masquerading as government action, pandering to national gun control organizations with the by now explicit goal of restricting, obstructing, and deterring lawful gun ownership by peaceful individuals exercising their right to provide for their own defense.
Though it will have no legal impact on anything by itself, it lays a foundation in the minds of legislators, executive officials, and the public to accept gun violence as “public health crisis” as if it were a virulent new strain of the Coronavirus rather than the predictable result of failed bipartisan policies like:
The explicit conflation contained in the declaration of this alleged public health crisis with the ongoing State of Emergency suggests that perhaps the Senate is trying to justify in advance the same type of COVID inspired unilateral government intrusions and restrictions of individual liberty, contrary to the principles of checks and balances and due process that all Americans hold dear.

By way of comparison DHSS identified 381 deaths in 2017 that were the result of drug overdoses, with 2018 and 2019 reported by the News Journal to run even higher.  Child poverty, unemployment, lack of health insurance, inaccessible dental care, cancer, obesity, and myriad other crises actually relating to public health plague our state in addition to the Coronavirus pandemic and most have been allowed to fester for years with no effective tangible action by the General Assembly.  Singling out gun violence as a “public health crisis” in light of these true crises of public health is hypocritical hand waving meant to distract from the failure to properly address them and pander to a national constituency of special interest donors.

SCR 8 itself declares additional statistics copied uncritically from one such constituency that are misleading, disconnected, and largely non-specific to Delaware, using cherry picked percentages to obfuscate the real numbers, and ignoring the disproportionate impact that the CDC attributes to the 17 square mile area comprising the City of Wilmington. Wilmington is likewise plagued by myriad endemic problems ignored both by the City government and the General Assembly for years, and has a distorting effect inflating the statewide gun death numbers that are otherwise among the lowest in the country.

Every homicide, gun related or not, is a tragedy.  Every homicide that could have been prevented even more so.  However this is no acute and escalating gun crisis, public health related or otherwise.  It is a simmering side effect of longstanding failed government policies.  What is needed to address gun violence in Delaware is:

Targeting guns as the inanimate culprits of violence instead of the criminals who wield them, while perpetuating the circumstances that incentivize those criminals to remain outside the law and deny them opportunities to better themselves within it, will not only fail to solve the problem of violence, but will leave the innocent victims of that violence with no way to protect themselves when law enforcement fails to do so.

The Libertarian Party of Delaware calls on the Delaware House of Representatives to reject SCR 8 for the empty and misguided gesture that it is and for the foundation of unilateral executive diktats that it might be.

Instead the General Assembly should introduce and pass real legislation amending the state code: