Please follow the links to the right for additional information or scroll down for news and updates. If you want to get more involved, in particular please check out our onboarding page.

We are very active on social media. Please make sure you're following our Twitter and Facebook feeds for announcements, info, and content to share with your network. Also please join our Discord Server to begin connecting immediately with other local Libertarians. You can also find contact information for your local county affiliate officers and representatives on our Staff and Meetings page or get more information about your county affiliate on their respective web pages:

Scott Gesty is a member of the New Castle County Libertarian Party of Delaware.  He is currently a candidate for the Brandywine School Board, with Election Day for this race coming up on May 11th.  The questions for this interview are below in bold with Scott's answers in italics. 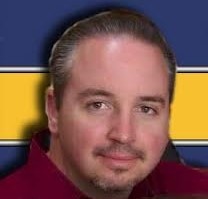 How long have you been a Libertarian and what drew you to the LP?
I joined the Libertarian Party in 2010 after supporting the Ron Paul presidential campaign in 2008. I became disenfranchised with the Republican Parties position on many issues including fiscal responsibility, intervention in foreign affairs, the war on drugs, and their attempt to legislate morality on people in the LGBT community. They were no longer party that I grew up supporting whose
position was ‘Keep the government out of your wallet and your bedroom’. They became the opposite. The Libertarian Party’s platform is more aligned with my political ideology.
Can you tell us a little bit about yourself and your background?
I grew up in southern New Jersey and moved to Delaware in 1995. I have a BA in accounting, an MBA, and I’m a licensed CPA in Delaware. I spent 25 years in corporate America in the financial services industry before retiring in 2017 to open my own consulting firm and pursue my passion for teaching. I currently teach at four local colleges and universities. When not working I enjoying being
outside. Whether that is deer hunting our small piece of land in NJ or just listening to the Phillies on the radio, I just rather be out of doors than cooped up inside.
What are your goals for the Brandywine School Board if you are elected?
We need to improve our student’s performance. Although I’m no fan of standardized test, they do provide the only data we have to go on and the story is not a positive one. Despite increasing spending per student by 8.4%, proficiency scores have all decreased. These decreases were pre COVID 19. I shudder to think what the data will show post COVID. Also it should be noted that if you remove Tech schools from the data, BSD spends the second most per student in the state, but all outcomes fall
somewhere in the middle of all the other districts and some are below Delaware’s average. What was being done wasn’t working. We need to find out why and address the challenges that are causing these results.
What are some of the limits on what you can hope to achieve that would be better served with Libertarians elected at the State and Federal level?
This is a non partisan race so being labeled a Libertarian shouldn’t have as much impact on what I can or cannot bring to the table from my constituents point of view. I believe if we had more Libertarians in state and federal offices, the local school boards would have more freedom to execute plans to improve education.  There would be less bureaucracy for sure. Education should always be handled
at the local level, not by bureaucrats in state and federal positions.
What kind of response are you getting so far to your campaign?
It’s early, but so far the response has been positive. I have had many people offer funds or ask for signs for their yards. I’ll be able to gauge support better once we start having forums and PTA meetings. As of this time, I’ve already agreed to three Zoom forums and completed one other. I know the candidate
endorsed by the DEA isn’t taking me seriously and the GOP endorsed candidate feels I’ll ‘split the vote’ and cost her the election. Funny how some things don’t change no matter what office I run for.
How can the Libertarian Party of Delaware and its members help you to win your election?
If we are going to win this election, we need a strong grass roots effort from volunteers. We need to contact every registered Libertarian in this district and get them to the polls on May 11 th . We need people who have experience creating campaign literature and boots on the ground to get it in people’s hands.  We need someone at every polling place on Election Day. If we can execute
better than our opponents, I’m confident we will win.
As a former State Chair of the LPD, what do you think has changed for the better within the party since your tenure?  What would you like to see more of?
I admit that after my last run for Congress, I pretty much have been inactive from a political perspective. So I’m not sure how much I can add here. But, I think the state board did great job fending off ballot challenges from a rogue element. The party has also done a fine job at increasing community outreach especially in New Castle and Sussex counties. I’d like to see more/new people actively
running for office. We need a deeper base of candidates. We need new blood willing to take on the challenge of running for office and spreading the Libertarian message. More time spent on recruitment and candidate support would be goal I would suggest be focused on.
Posted by LP Web Admin at 4/06/2021 09:40:00 AM